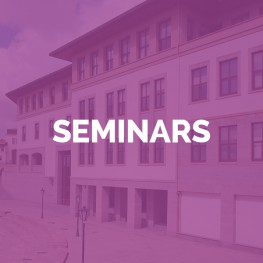 The Department of Sociology and Migration Research Center at Koc University (MiReKoc) are pleased to announce the seminar by Lisa Schuster from City, University of London on ‘Goal Displacement: Migration Policy-Making in and About Afghanistan’. The seminar will take place on Wednesday, February 27th, 2019, at 17.30 in SOS143. Registration is required for participants not affiliated with Koç University.

Goal Displacement: Migration Policy-Making in and About Afghanistan

Afghanistan is currently in the very early stages of preparing a comprehensive national migration policy. In spite of the significance of migration in Afghan cultural, economic, political and social life – this impulse comes, not from the Afghan government or civil society, but from Europe, specifically from European Union Member States such as Germany, who received many of the 250,000 Afghans who applied for asylum in Europe in 2015. Perhaps inevitably the goals of Afghan migration policy are being set by European governments, who are in turn responding to domestic pressures and operating within particular ‘policy frames’. This paper explores the role played by the European Union and its Member States in shaping the migration policy of the Afghan government, since the fall of the Taliban regime, but concentrating in particular on the past three years (2014-2107). This period covers the creation of the National Unity Government (NUG), the withdrawal of international forces, a deterioration in the security and economic status of Afghanistan, a sharp rise in the number of people leaving the country and the so-called European Refugee Crisis, in which Afghans were the second largest group after Syrians, as well as the Brussels Conference and the implementation of the Joint Way Forward – an agreement that tied the delivery of further aid to cooperation in matters of migration

Liza Schuster is a Reader in the Department of Sociology as City, UoL. My research has focused on European asylum policy; the impact of policy on asylum and asylum seekers in Europe; forced return; the impact of forced return (in particular in Afghanistan, also in Uganda); the decision making of families; migration policy making in Afghanistan; representations of migration and migrants. She is the author of The Use and Abuse of Political Asylum inBritain and Germany(Frank Cass) and has published in Ethnic and Racial Studies, the Journal of Ethnic and Migration Studies,  Migration Studies, Global Dialogue, Gender, Place and Space, Sociological Review among others. I am interested in exploring non-state responses to displaced people and the development of inclusive participative research projects that work with ‘host’ and displaced communities to develop strategies for minimising the negative and maximising the positive impact of displacement for both communities.

Academic links: Kabul University, ACKU, Peshawar University, SOAS; Institutional links: Ministry for Refugees and Repatriations (Kabul), Ministry for Foreign Affairs (Kabul); UNHCR (Kabul); IOM (Kabul); CSO links: Afghan Migrant Advice and Support Network; Afghanistan Public Policy Research Organisation; Afghanistan  Analysts Network; Afghan Research and Evaluation Unit. Through MoRR and the latter organisations, I have access to those who are being internally and externally displaced and returned. I have my own networks of contacts in communities in Kabul, Pule Khumri and Herat.