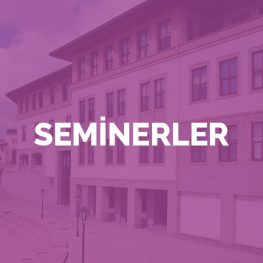 (pizza and soft drinks will be served)

Abstract:  While contemporary literature documents how the employability agenda has become the new neoliberal common sense in universities across countries much less attention has been given to the mechanisms of adaptation and internalisation of this common sense by students. Utilizing a four-year longitudinal case study of scholarship students at an elite university, this paper focuses on the process through which a ‘meritocratic’ scholarship program normalises neoliberal common sense in higher education which it examines through a Gramscian lens and on differences in the way students internalise it with a Bourdieusian approach. Our findings illustrate that the scholarship program strengthens and reinforces the already existing neoliberal common sense within the education system in Lebanon. We put into question the principle of positive discrimination, arguing that, rather than putting effort in minimizing the gap between advantaged and disadvantaged, this scholarship program contributes in strengthening the neoliberal ideology within the education system. In addition, we argue that urban-rural differences among others have more explanatory power than class differences in understanding the complex adaptation of students into the program in the Lebanese context, and the widespread acceptance of common-sense discourse of higher education among students is strongly engrained in the country’s historical and structural contexts. This paper is based on joint work with Cetin Celik.

Bio: Maissam Nimer is a sociologist working in the fields of migration, education, language, and social and gender inequalities. She obtained a PhD at Paris Saclay University in July 2016. In her thesis, she looked at the mechanisms of social and cultural selection that explain the inequality of access to higher education in Lebanon. Nimer’s current work at Koç University, Istanbul, deals with the integration of Syrian refugee youth in Turkey. She is the recipient of a one-year Koç University Seed Grant and a Mercator IPC fellow at Sabanci University exploring the role of language instruction in integration of adult Syrian refugees in Turkey. Nimer teaches a course on sociology of education at Galatasaray University in Turkey. She holds an MSc from the London School of Economics and BS from the American University of Beirut.