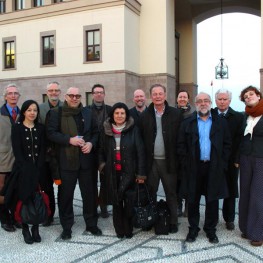 The connection between migration and demography is complex where there are different causes and consequences at play.  On the one hand, mostly in the global South, we observe relatively high population growth rates, coupled with prolonged life expectancy, which bring about considerable demographic variations between regions and consequent differences in labor supply.  On the other hand, in the wealthy countries of the global North, declining fertility rates and ageing populations are already turning into important policy issues as well as causes of demand in different sectors of the labor market.  Thus, while we can speak about migration pressure in many countries due to the presence of countless youngsters, there is also an immigration pressure in advanced economies due to the greying of the population and population decline.  What do these demographic changes mean for these two different contexts, i.e., the sending and the receiving areas?

It is also within this context that the migration-demography nexus is hotly debated in the case of EU-Turkey relationship.  Thus, the Forum intends to elaborate this debate as well, where it aims to highlight contradictory views on the subject: on the one hand, Turkey’s potential accession to the EU and the consequential free movement of labour has been suggested as a possible remedy for the ageing and declining European population; on the other hand, while the movement of Turkish workers could help boost the working age population of the EU, it has been viewed as a factor, which would create a burden for the already stretched welfare states of the Union.  Hence, the Forum aims to tackle with these issues with presentations from both the global South and the North, and from Turkey and the EU.